Alex is an internationally leading Aboriginal clinician/researcher who has worked his entire career in Aboriginal health in the provision of public health services, infectious diseases and chronic disease care, health care policy and research. Much of his work has been at the difficult interface of geographical isolation, complex cultural context, severe socioeconomic disadvantage, and profound health disparities.

His transdisciplinary program of research focuses on documenting the burden and contributors to health inequality in Indigenous Australians, with a primary focus on cardiovascular disease (CVD), diabetes and cancer, spanning time at Menzies School of Health Research, Baker IDI Heart and Diabetes Institute, and the South Australian Health and Medical Research Institute (2012-2021). During his most recent appointment at SAHMRI, he oversaw the establishment of an integrated centre of excellence in Indigenous chronic disease and public health research. In 2022 he will take up a new position as Professor of Indigenous Genomics for Telethon Kids Institute and ANU. 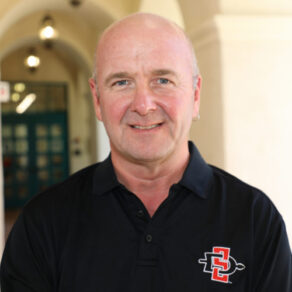 After receiving his Ph. D. from the University of Sussex, in England studying nitrogen regulation in bacteria, Dr. Edwards moved to the United States to continue his studies. He worked as a Post-Doctoral Researcher at the University of Pennsylvania, Philadelphia, understanding how a leading cause of traveller’s diarrhea (E. coli)causes disease. Dr. Edwards then moved to the University of Illinois, Urbana Champaign to study another food-borne pathogen, Salmonella. These studies merged the nascent area of genomics with traditional microbial genetics to investigate how a particular type of Salmonella became the leading cause of food-borne illness in the United States.

From 2000 to 2004, Dr. Edwards was an Assistant Professor at the University of Tennessee Health Sciences Center in Memphis, TN. Here, Dr. Edwards continued his studies on pathogenic bacteria, notably Salmonella and the bioterrorism weapon Francisella. Dr. Edwards received FBI clearance to work on these bacteria and was invited to the NIH to comment on the use of Select Agents at basic research laboratories.

In 2004, Dr. Edwards moved to the non-profit Fellowship for Interpretation of Genomes to work at the interface of biologists and computer scientists and worked with their team at Argonne National Laboratory. He remains an active software developer for Argonne and the Fellowship, developing open-source software including PERL and Python software for biological analysis and parallel computing that are used by scientists worldwide. Using breakout DNA sequencing technologies, Dr. Edwards’ studies have continually pushed the forefront of both sequencing technology and bioinformatics. His work has been published in leading journals including multiple papers in both Nature and Science.

Dr. Edwards returned to academia in 2007, taking a research and teaching position in the Departments of Computer Science and Biology at San Diego State University where he rose through the ranks to become a Full Professor. He continued to work at the interface of biology and computing. The National Institutes of Health, the National Science Foundation, the Department of Education, the Department of Defense, the USGS, and private donors funded Dr. Edwards’ research at SDSU, and his work led to breakthroughs in our understanding of how viruses interact with their hosts, and how viruses from around the world carry important genetic information. Dr. Edwards has continued to push current sequencing and bioinformatics technologies, in 2013 took a next-generation sequencing machine to the remote Southern Line Islands to explore metagenomics of coral reefs in real-time. In 2014 Dr. Edwards’ team identified a virus that is present in the intestines of approximately half the people in the world, and in 2019 Dr. Edwards demonstrated the global spread of the virus in a paper that includes collaborators from every continent who collected and sequenced samples. In 2017, Dr. Edwards was elected to the American Academy of Microbiology in recognition of his contributions to the field of microbiology. In 2020, Dr. Edwards took the position of Matthew Flinders Fellow in Bioinformatics at Flinders University, in Adelaide, South Australia, Australia to start the Flinders Accelerator for Microbiome Exploration, to enhance microbiome and metagenome studies in South Australia.

Committed to teaching, Dr. Edwards received the graduate student award for the outstanding educator at the University of Tennessee, the teacher-scholar award and outstanding faculty award four times at San Diego State University. He was Graduate Advisor to the Biological and Medical Informatics Program at SDSU. Rob travels extensively to share his passion for bioinformatics and has taught bioinformatics classes around the US, and in Australia, China, Chile, Europe, Mexico, and North and South America. Dr. Edwards holds a visiting professor position at the Federal University of Rio de Janeiro.

In addition to science and teaching Dr. Edwards is also an advanced scientific SCUBA diver having led teams to study Coral Reefs all over the world. In his spare time, he is an avid international yachtsman, navigating in long-distance offshore races, including navigating the 2019 TransPac race from Los Angeles to Honolulu finishing 4th out of 89 boats.

Professor James Hudson is the Group Leader of the Cardiac Bioengineering Research Group at QIMR Berghofer. James completed a Bachelor of Chemical and Biological Engineering (2006) followed by a PhD in Biotechnology (2011) at the University of Queensland. He then did a postdoc with Professor Wolfram-Hubertus Zimmermann in Göttingen, Germany.

James returned to Australia and became a group leader in 2014. James’ lab focusses on postnatal cardiac development and maturation. His lab has brought together engineering and cell biology disciplines to develop human cardiac organoid screening platforms and determine the molecular drivers of cardiac maturation. Drug discovery for heart failure is also a major focus of his lab and includes not only screening but in depth characterisation to determine mechanisms of action.

James is an inaugural recipient of the prestigious Snow Medical Fellowship (2021) and has won The Metcalf Prize for stem cell research (2019).

Stephen’s work covers several aspects of statistical and population genetics. His main interests are in detecting, understanding and controlling for population differences in genetic data (including the landmark People of the British Isles study); typing complex genetic variation, with a particular focus on immune-associated loci (developed the first methods for typing variation in HLA and KIR from SNP genotype data; HLA typed the entire UK Biobank as part of the main data release); developing new statistical and computational approaches for analysing genomic data; and performing statistically rigorous analyses of the relationship of genetic variants to disease (many disease association studies with a particular focus on HLA and autoimmune disease). 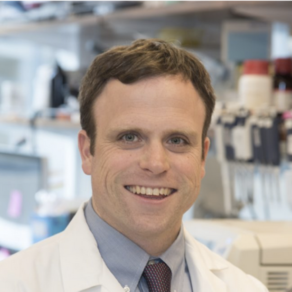 Prof Christopher Mason is a Professor of Genomics, Physiology, and Biophysics at Weill Cornell Medicine. He completed a dual B.S. in Genetics & Biochemistry at University of Wisconsin-Madison (2001), a Ph.D. in Genetics from Yale University (2006), Post-doctoral Fellowship in Clinical Genetics at Yale Medical School (2009) while also serving as the first Visiting Fellow of Genomics, Ethics, and Law at the Information Society Project at Yale Law School (2006-2009).

In 2010, he became an Assistant Professor of Genomics, Physiology, and Biophysics at Weill Cornell Medicine, then promoted to Associate Professor in 2015, made the Director of the WorldQuant Initiative for Quantitative Prediction in 2017, and promoted to Full Professor in 2021. He also holds appointments at Tri-Institutional Program on Computational Biology and Medicine (Cornell, Memorial Sloan-Kettering Cancer Center and Rockefeller University), the Sandra and Edward Meyer Cancer Center, the Feil Family Brain and Mind Research Institute, (BMRI), and is an affiliate fellow of the Information Society Project (ISP) at Yale Law School, affiliate faculty of the Consortium for Space Genetics at Harvard Medical School, and a Core Faculty Member of New York Genome Center (NYGC).

Prof Mason was named as one of the “Brilliant Ten” Scientists by Popular Science, featured as a TEDMED speaker, and called “The Genius of Genetics” by 92Y. He has >250 peer-reviewed papers and scholarly works that have been featured on the covers of Nature, Science, Cell, Nature Biotechnology, Nature Microbiology, and Neuron, as well as legal briefs cited by the U.S. District Court and U.S. Supreme Court. He is an inventor on four patents, co-founder of five biotechnology start-up companies, and serves as an advisor to 17 others as well as 3 non-profits.

Professor Alicia Oshlack has been at the forefront of bioinformatics research for more than 15 years. She is the (co)Head of the Computational Biology Program and group leader at the Peter MacCallum Cancer Centre. She is best known for her large body of work on transcriptional analysis and medical genomics. In addition, Oshlack is internationally recognised for her development of bioinformatics methods for a range of applications including single cell RNA-seq, methylation and genomic analysis. Oshlack is involved in many cutting edge collaborative projects utilising high throughput sequencing to investigate disease and development. She has published more than 100 papers and has developed more than a dozen software packages. Oshlack has been recognised by several awards including the Australian Academy of Science, Gani Medal for Human Genetics (2011) and the Georgina Sweet Award for Women in Quantitative Biomedical research (2016). 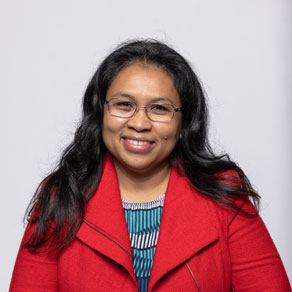 A/Prof Ramialison received her Engineering degree from the University of Luminy, France, after which she worked as a programmer at the ERATO differentiation project in Kyoto. After obtaining her PhD in Developmental Genomics from the European Molecular Biology Laboratory in Heidelberg, Germany, she joined the Victor Chang Cardiac Research Institute in Sydney as an EMBO and HFSP Post-Doctoral Fellow. With an NHMRC/Heart Foundation Career Development Fellow, she relocated to Melbourne where she led the Systems Developmental Biology Laboratory at the Australian Regenerative Medicine Institute. She is now in Parkville as Head of the Transcriptomics and Bioinformatics Laboratory at the Murdoch Children’s Research Institute and Bioinformatics Facility Manager of the Novo Nordisk Foundation Center for Stem Cell Medicine, reNEW Melbourne. 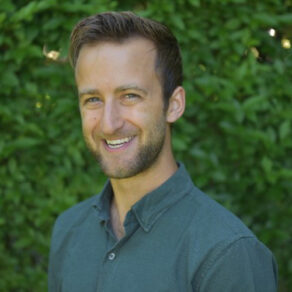 Dr. Braden Tierney is a jointly appointed postdoctoral fellow across the labs of Dr. Christopher Mason, Dr. George Church, and Seed Health, where he manages some of their early-stage R&D and probiotic clinical trials. He is additionally the Director of Informatics for the MetaSUB consortium, which spans 30 countries and is, among other things, leading COVID-19 wastewater tracking efforts globally, as well as the Co-Chair of NASA’s Microbial Analysis Working Group, which develops standards and methods for studying the use of microbes in and their adaptation to space travel. His recent research sits at the intersection of machine learning, microbiology, and human health, studying how artificial intelligence can be used to enhance our ability to build next-generation microbial therapeutics, diagnostics for both human disease and environmental outcomes, like treating coral disease, carbon capture, and bioremediating plastics. His work has resulted in the discovery of athletic-performance-enhancing bacteria to ancient, extinct beneficial microbes from hunter-gatherers alive thousands of years ago. Prior to his PhD, he worked in the agriculture industry on the discovery and development of organic, microbial-based biopesticides to fight crop disease as well as biostimulants. He additionally developed tools for visualizing the structure and function of the human oral microbiome. Dr. Tierney completed his undergraduate study with joint degrees in Economics and Biology from Duke University.

The University of Sydney

Dr Zhong is a data scientist with background in computer science, applied statistics and cancer proteomics. He completed his undergraduate study in computer science and obtained a Doctor of Sciences degree in biochemistry and computer science at ETHZ (Swiss Federal Institute of Technology Zurich) in Switzerland. In 2017, he was recruited as the group leader for Cancer Data Science at Children’s Medical Research Institute and was subsequently appointed as a conjoint senior lecturer at the University of Sydney.

His group aims to collate and mine big biomedical data to achieve the goals of personalised medicine with a focus of developing data-driven, evidence-based computational tools and sophisticated machine learning algorithms to predict the most effective cancer treatments for individual patients. Related major research areas include proteogenomic data mining and management, genome-proteome association analysis and multi-omics data integration for large-scale cancer cohorts.